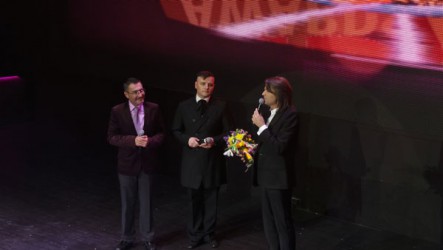 On June the 25th Dmitry Malikov will celebrate the 25th anniversary of his artistic career. The artist was first congratulated at the ZD Awards. It was here that 25 five years ago he first appeared on stage at the Green Theatre in Gorky Park. And yesterday at the ZD Awards ceremony he was given a special award! The musician confessed from the stage that when his first song “Moon Dream” made it to the ZD hit parade, he and his co-author Lilia Vinogradova bought all MK copies at a newsstand and completed the voting form using different handwriting. They sent 40 letters to the newspaper office, but the most popular newspaper was selling millions of copies. However, people still loved the song and, ultimately, it became the ZD number one hit in the distant 1989.