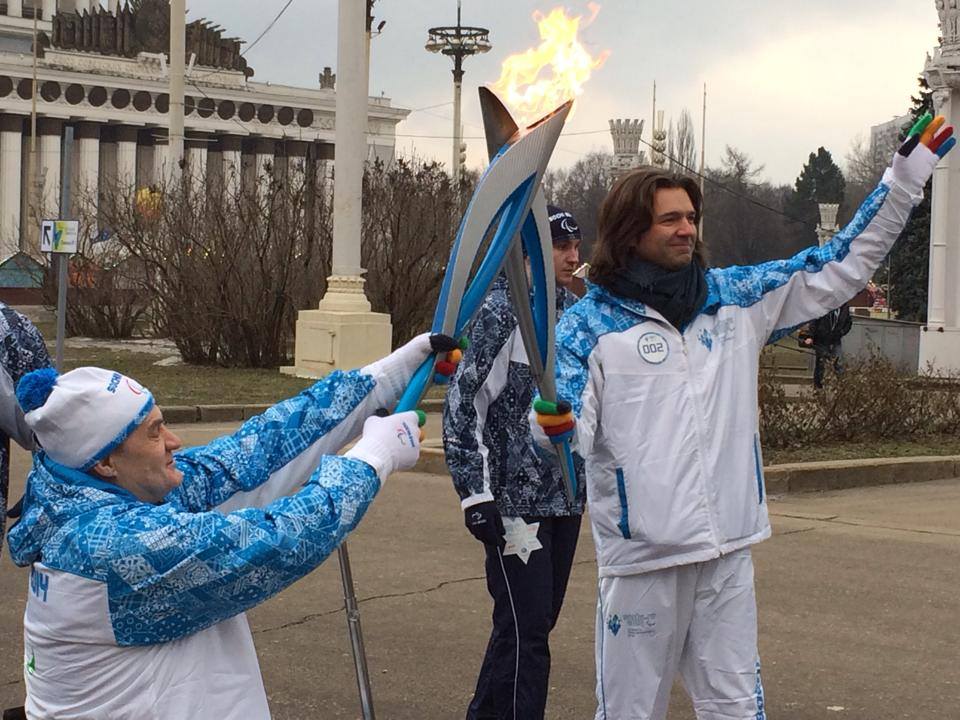 Dmitry Malikov took part in the Sochi-2014 Paralympic Torch Relay that passed through Moscow on March the 2nd. Dmitry ran his Olympic distance under number 002 at 10:17AM from Pavilion No. 71 “Nuclear Energy” to Pavilion No. 67 “Press” on the territory of the All-Russia Exhibition Centre. Dmitry became a torch carrier for the upcoming Paralympic Games thanks to his charity and educational work which was noted by the Olympic Committee of Russia.