Dmitriy Malikov will perform a piano concert in Moscow 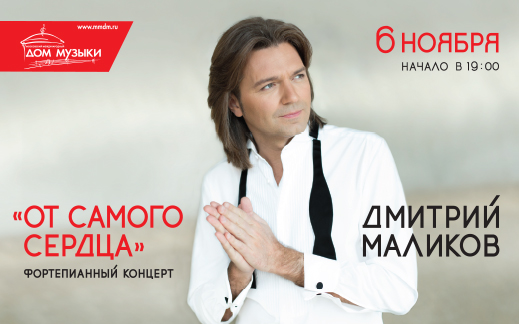 The first solo piano concert by Dmitriy Malikov “One from the heart” will take place on November 6, 2015 at the Moscow International Music House. This event will be held on the scene where Dmitriy already appeared before, including joined performance with Richard Clayderman, and Robert Wells. The program will include the best of Dmitriy’s creations: piano preludes from PANACEA album and music from Café Safari, accompanied by symphonic orchestra. There will be another chance for Dmitri’s admires to spend a joyful evening in a beautiful company of music and friends. Tickets are on sale now at Moscow Music House and on RedKassa
Раздел сайта:  Perfomance / Pianomaniя