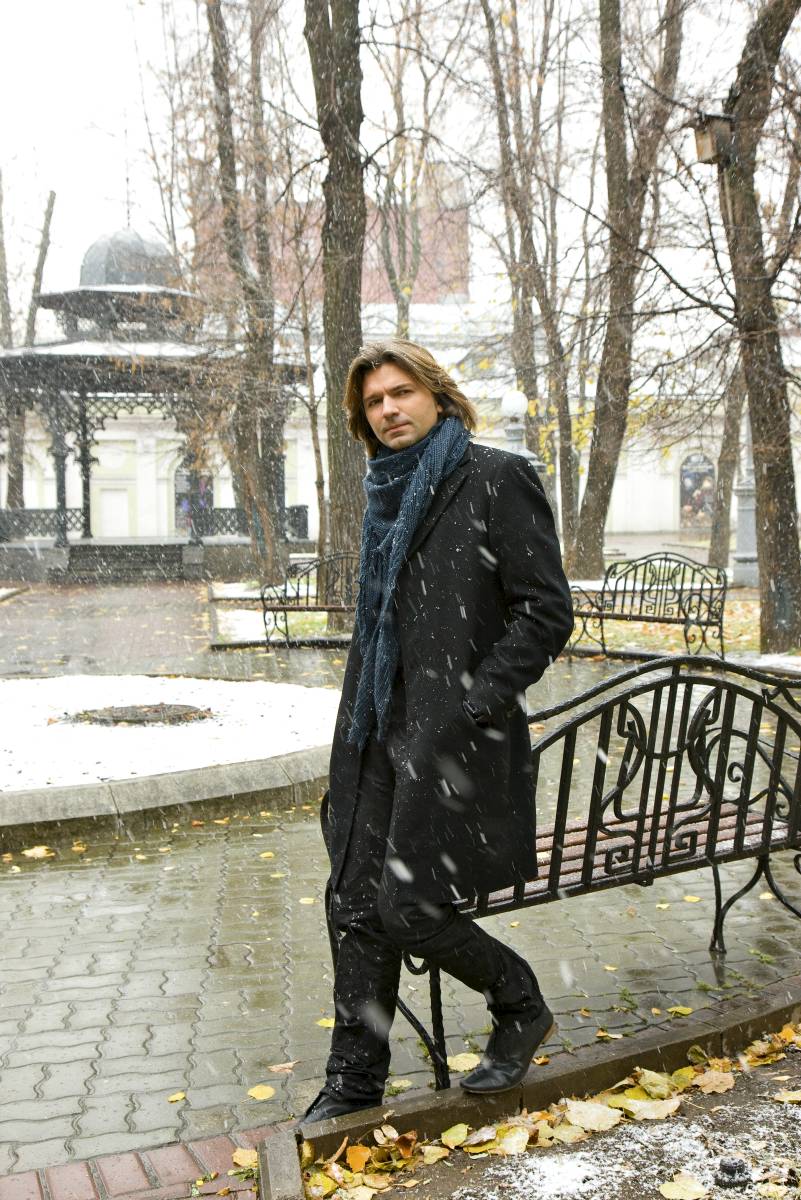 For a whole year already Dmitry Malikov has been living in a rush. His every day is mapped out to the very last minute. In the morning he plays the piano (classical pieces only), and the rest of the time he learns how to conduct. “All this is unbelievably hard,” admits the singer and musician. “Conducting is something that I have never done before. Moreover, I have to conduct an orchestra of eighty people!”

So, is Dmitry Malikov changing his occupation and quitting show business? Not at all. He is preparing for the grandiose Symphonic Mania performance, which promises to become a stunning revelation of the musical season in… France. And although the tour is only to begin on December the 1st, the French media have been talking a lot about the Russian musician and his unbelievable show for several months already. “First time in France!”, “A classical concert the likes of which have never been seen before”, that’s how local newspapers and magazines describe Dmitry Malikov’s upcoming show.

The show will be three hours long and 140 artists will perform there: the orchestra and chorus of the ‘New Opera’ Moscow theatre, plus the dancers of the Imperial Russian Ballet led by Gediminas Taranda who has become the choreographer of Symphonic Mania. This project is a colossal undertaking. Suffice it to say that the dancers’ consumes have been tailor made specifically for the show, and each of them cost about as much as 1,000 euros. The mind-blowing performance on the stage will unfold to the most exquisite classical music: Tchaikovsky, Beethoven, Chopin, List, Rakhmaninov and so on. “I just cannot forget my conservatory education!” Dmitry Malikov explains. “Since I graduated from the pianoforte department of the Moscow Conservatory in 1994, I am quite justifiably regarded as a servant of two masters, as it were, a man trying to be in two places at once. On the one hand, there’s the show business and, on the other, there’s classical music. To be honest, I’m really equally attracted to both of them. And I have always dreamed of somehow combining these two genres, my two musical passions. The show that I am now developing is yet another attempt to achieve this. In a nutshell, Symphonic Mania is a ballet, a modern dance performance and a classical piece. This is a vivid, dynamic show based on famous works by great composers of the past. I have not only had the idea of the show, but I also act as co-producer, conductor, piano player and composer, and, along with the works by the great masters, I will also hazard to present two of my own pieces to the public.”

Over the span of ten days, Malikov’s unique show will be seen by the inhabitants of eight French cities, starting in Paris and culminating in Cannes. The performances will take place at the most prestigious venues. In Paris, for example, this will be the Palais des Congr?s which can accommodate as many as 5,000 people and plays host to musicals and popular musicians from all over the world. And the last show will be delivered in Cannes at the legendary Palais des Festivals, which is the home of the famous film festival.

This attempt to combine the elements of a classical performance and a show is Dmitry Malikov’s second to date. The first one was three years ago in cooperation with Dmitry Chernyakov, the leading director of the Bolshoi Theatre. That show was called “PianonaniЯ”. They say “you must spoil before you spin”. But in this case everything was excellent. The musician’s concerts in Moscow were a great success at that time. After one of the shows, Malikov was approached by producers from France who suggested that he should do something similar, but on a greater scale, featuring actors, a chorus and an orchestra. Dmitry agreed: “Why not? I love experimenting! I have never been afraid of doing something new, if anything, such ideas have always had a great appeal to me and made me want to do my absolute best! I am not scared of having to learn new things. And, besides, I was rather taken by the idea of having this opportunity to show to the French public what I can do.” 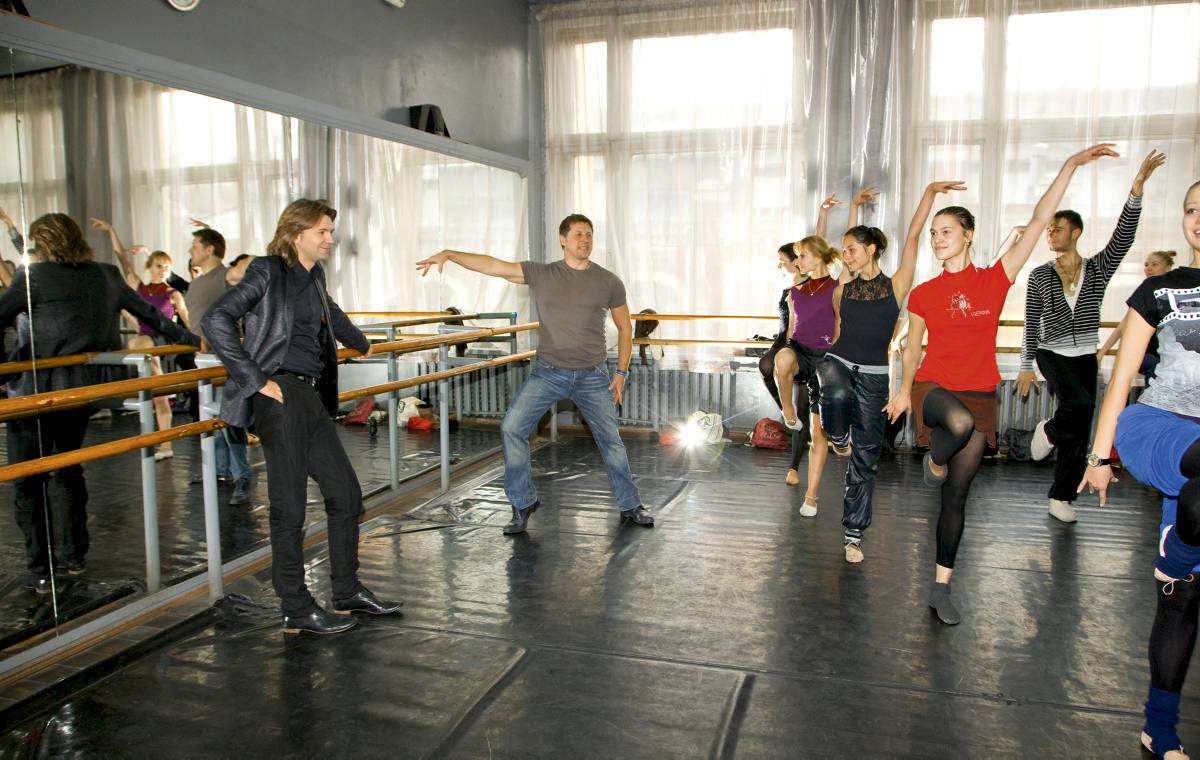 Perhaps, there is not a single musician in Russia who wouldn’t want to try his luck abroad. And Malikov is not an exception. “If only I had met a good and competent producer twenty years ago, my life would have been quite different. I have not the slightest doubt that I could have easily made a successful career in the West”, Dmitry confides. In early 1990s, when the singer’s popularity was peaking through the roof, when, as he once said, “he was literally basking in the glory fed by his many million lady fans”, he was approached by producers from Germany. They had liked the delicate, moving songs of the Russian singer, especially Malikov’s chart topping song of that time “Poor Heart”. “As a result,” Dmitry recollects, “my songs were quickly translated into English, and we promptly recorded a single “Don’t Be Afraid” in Germany with the Dutch singer Jeti Wilson. Regrettably, the German producers never gave it enough promotion. It’s just that they were not working with me alone, but with a dozen of other artists. It was something like a production line. As soon as any of their chosen singers “made it big”, they were quickly losing all interest in the others. Because the sales generated by such success helped immediately recoup all their investments. That time, in particular, it was Haddaway, a guy from Trinidad who was recording at that German studio at the same time with us, who got a break with his single “What Is Love?” which immediately topped the charts all over the world.

And how will it turn out this time? What is Dmitry expecting of his upcoming French tour? “I really don’t know, it’s too early yet to say anything,” Malikov replies. “I hope that everything will be all right eventually. And, possibly, this show will get a good reception internationally. I think that we have done a huge amount of work preparing this show and I do not doubt that “Symphonic Mania” will be a success!” Be it as it may, but for now Dmitry is sure of at least one thing. Of the words that he will address to the public when he appears on the stage of the Paris’s Palais des Congr?s on December the 1st. He already knows by heart his opening words in French: “Greetings, my dear friends. It’s been a long time since we last… conquered Paris. Now it’s time for you to surrender!” Malikov would say with a stern and official expression on his face, and then he would smile.